Lucknow has always been considered as a historical place. Series of temples, ghats, and shrines of different historic era are other attractions of Lucknow that have urged the spiritual devotees to visit this place. The Hindu-Muslim cultural and spiritual reflection on various sculptures, monuments and architecture symbolise a burning example of unity. The city exhibits loads of temples all around, which are briefly described below. 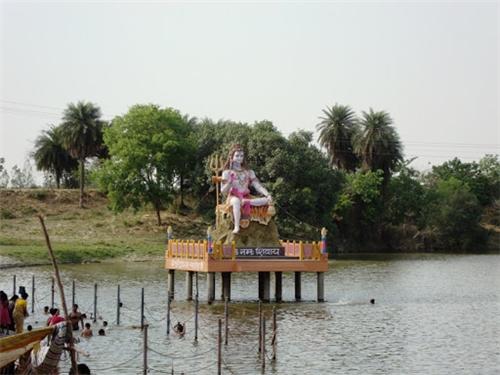 On the banks of the River Gomti, there exists a 300-year-old temple of goddess Chandrika Devi, a form of Devi Durga. The Temple is located in Kathvara village, close to NH 24 or Lucknow-Sitapur Road. The Temple is skirted by River Gomti from North, South and West directions. This ancient Temple has its significant mention in few religious books like Skand Puran, and Karma Puran.

The goddess is idolised in a rocky shape with 3 heads. According to the mythological tales, the Temple was founded long back by Rajkumar Chandraketu. Unfortunately, the Temple was destroyed by the foreign raiders. However, the villagers later recovered the idol from the dense forest and placed it back in the holy shrine.

Lots of religious events take place every year on the auspicious days of Navaratris and Amawasyas. The Chandrika Devi Temple opens its sacred gate at 5.00 am and closes at 11 at night. Meanwhile, after the noon arati, it stays open for an hour from 1 pm to 2 pm to welcome its devotees. After the morning arati at 6.00 am, the subsequent arati is offered at 1 pm and 7pm. The place is well connected with Lucknow Airport and Charbagh Railway station by taxi, bus and 3-wheelers.

This holy Temple of goddess Kali was built near Shubham Cinema square in Ghasiyari Mandi. A huge congregation of devotees can be observed on the saptami of Navaratri. Avid believers of Goddess Kali travel long distances to perform the Kali Puja with great enthusiasm and faith. Temple of Lord Ganesha and Lord Shiva are also major attractions of this Temple.

Located near Tehseenganj crossing, this ancient Temple has its roots adjoined with that of an age old Neem tree. Devotees believe that by taking a round around this tree, all their dreams will be fulfilled.

Rishaldar Park and Gautam Buddha Marg are two of the most important Buddha temples in Lucknow. The King of Kaushala, named Sravasta had established his capital around 109 kilometres distant from Ayodhya. Hence the name of the place was given as Sravasti. It is believed that Lord Buddha had preached his gospels for over 25 rainy seasons and exhibited his divine powers by transforming a dacoit to Buddhism. 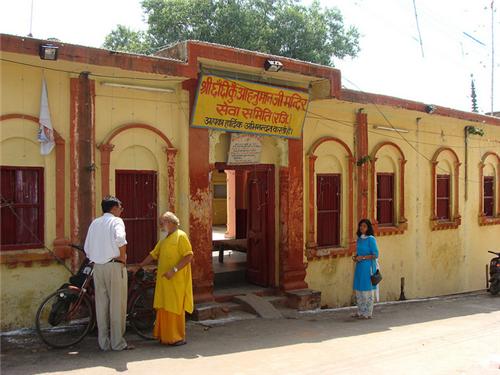 Close to the Aliganj Hanuman Temple, this Chhachhi Kuan Hanuman Temple is located just a kilometre ahead of Kapoorthala crossing. The Temple raised by Janabe Alia replicate the Hindu-Muslim unity of India. The Railway Station and Airport is connected to this Temple through Kursi Road.

This 2000-year-old Lucknowi Kali Mandir is one of the oldest temples of Lucknow. The believers report that this is the only holy shrines in India where idols of Lord Vishnu and Kali are placed jointly. Innumerable mass gathers here during Navaratri to offer puja and enjoy the mela. The Temple is positioned near Chowk, which can be reached from different directions quite easily.

This age-old Temple is located near Daliganj Bridge and close to Lucknow Planetarium. The Surya Dev’s idol is imagined to be of decades old. The Temple is very close to the Suraj Kund, the holy water pond. There is a popular belief that the pond’s water has a medicinal significance. During ‘Kartik Snan’, a huge crowd accumulates here to visit the mela adjacent to the Temple and pond.

Established during the reign of Mughal emperors, this Temple is situated in Gomti area.

Sankat Mochan Hanuman Temple in Lucknow is situate near Gomti Bridge. The keen believers used to write letters to Hanuman, strongly anticipating that Hanuman ji will come to their rescue and resolve their issues. This shrine, near Hazratganj, was estimated to be re-established in the year 1967, after the flood swept it away in 1960. 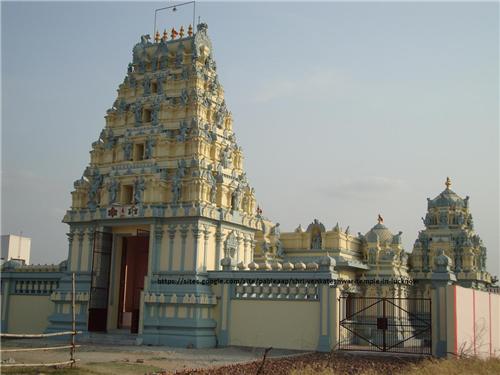 The newly-constructed Balaji Temple in Lucknow resembles the renowned Tirupati Balaji Temple in Tirumala. The interesting fact is that the Temple was designed under expertise of South Indian artisans. Lord Venkateswara is worshiped in this Temple. Just at a distance of 21kilometres from Charbagh railway station, on Lucknow-Kanpur road, this beautifully crafted prodigious Temple greets people from all parts of India. The devotees are permitted to enter the Mandir from 6.00 am to 11.30 am and from 4.00 pm to 8.00 pm.

This grand Shiv Temple was founded during 1860s by Shri Kashi Persad and was renovated by Rani Subhadra Kunvar. At a distance of 19 kilometres from Lucknow city, the Temple at Mohanlal Ganj sees a throng of devotees all round the year. This heritage Temple is circled by eight small Shiv Temples, which enhance the beauty of the Mandir.

Just 5 kilometres away from Hazratganj, this Temple is situated in Indiranagar, Lucknow on main Faizabad Road. Lucknow’s famous Bhoot Nath Market has emerged on that area surrounding the Hanuman Temple. The key attraction of this Temple is the statue of Lord Shiva and Parvati Devi.

This Mahadev Mandir is noticed on the road that leads to Mohan from Chowk in Lucknow. This ancient temple was originated by Raja Bakshi. It is strongly presumed and believed that Shri Ram, Lakshman and Sita Devi had worshiped Mahadev in this place while heading for ‘Banwas’ on a Wednesday. This truly justifies the name Budheswar Mahadev Temple. 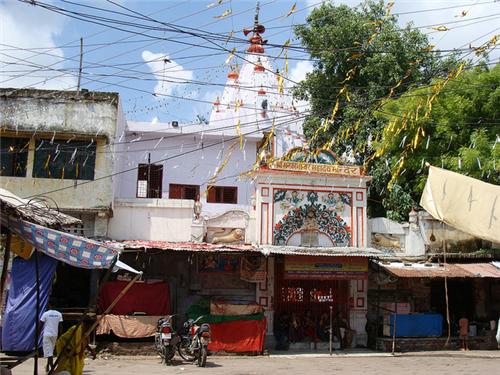 This Temple is exactly located in between Hasanganj and Daliganj area of Lucknow. It has been heard that whenever the profound believers have sought any of their desires in this Temple, their wish has been definitely fulfilled. The Temple stays open from 5 am to 12 pm and from 4 pm to 9 pm. Visitors are allowed to stay inside for 30 minutes to 1 hour.

This is another famous Shiva Temple located on the northern side of Bakshi Ka Talab on Sitapur Road, adjoining Chandrika Devi Temple. This antique Temple was created by Munshi Tripur Chand Bakshi. This historic Temple was constructed almost 300 years back during the reign of Nawab Amajad Ali Shah.

Sheetal Devi Temple is a chief attraction for the Hindu devotees, especially for the newly-married couples. The foreign invaders destroyed this Temple, but fortunately centuries later a businessman discovered the Devi idol in a pond during the period of Raja Tilak Rai. The Temple was re-constructed keeping the essence of ancient design and also the pond where the idol was discovered. It was named as ‘Tilak Rai ka Talab’, which itself is a famous one. ‘Aathon ka Mela’ organised near the pond and Temple, during Holi festival, assemble a huge crowd every year.

15 kilometers away from Chinhat Majid, this Jagannath Temple was set up by Nawab Asaf-ud-Daulah almost 2 centuries back.

Situated in Lalbagh, Lucknow, this Temple was initially inaugurated in 1954 in a rented building. Later it was established at Quitan Road, Lalbagh in 1974 by a globally noted spiritual leader named Dada Jashan P. Vaswani. The visitors can also notice few other Temples within the premises of this Mandir namely Sankat Mochan Mandir, Shivalaya, Mata Kalka Mandir and Jhule Lal Temple. 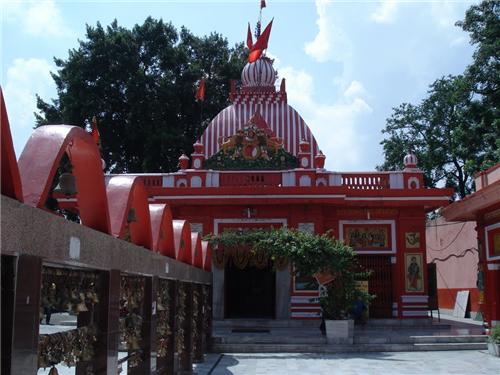 The great Aliganj Hanuman Temple was established during the period of Nawabs by the great Mohammad Ali Shah’s Begum Rabiya. According to her confessions, she was asked by Lord Hanuman in her dreams to build a Temple. Accordingly, in Aliganj, near Kapoorthala, the Hanuman Temple was built in the year 1783 AD. Every year, during summer time a huge gathering takes place to celebrate ‘Bara Mangal mela’.

There are few important pilgrimages for Jains in Lucknow. Some of the popular ones are Lord Parshwanath Temple situated in Sondhitola, Lord Padma Prabu and Lord Shantinath Temples in Chrivali Gali, Lord Sambhawanath Temple in Phulwali Gali and others.

Seven decades back, the marble constructed ‘Ramakrishana Math’ was established in Nirlanagar. The Math consists of the idols of Mother Sarada Devi, Sri Ramakrishana and Swami Vivekananda. The math aims towards the development of spiritual, cultural as well as religious activities, pursuing the teachings of Mother Sarada Devi, Sri Ramakrishana and Swamiji. The math strictly follows the principle proposed by the three divine lives.

The Shiv Temples, commonly known as Kalyan Giri Temple are situated near Chowk on the road heading towards Hardoi. Baba Kalyan Giri, almost couple of years back had laid the foundation stone of the main Temple which is located near Chowk, Lucknow. A fair is held on the first Monday of ‘Sawan Month’ where a number of devotees gather. A huge crowd is spotted on ‘Maha Shiv Ratri’ every year. If you are an ardent follower of Lord Shiva, then this Temple is indeed worth a visit.

The Temples of Lucknow play a very crucial role to the enrichment of the culture, tradition and religious aspect. The Temples located at various parts of the city give a brief overview on the ancient era as well as the Gods and Goddess worshiped in Hindu religion.