Awadh is the popular region of Lucknow, which is the central place of modern India. It is also one of the important places of Uttar Pradesh. The region was the capital of Mughal rulers before Independence and it was known as the united provinces of Oudh. The name of the city is derived from the popular Ayodhya. The region was established by the ruler of Faizabad called Saadat Ali Khan. He was the first Nawabs ruler of Awadh. 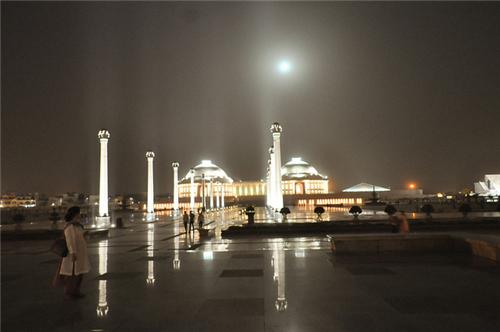 The adjacent lanes present on the sides of the building complex are known as phool wali gali and it is currently called by the same name. The road was named as phool wali gali as it was very popular for florists and flowers. The flower seller had flourished there along with a number of gorgeous tawaif. They sold ornaments, clothes and garlands along with flowers for the visitors and the prominent people of the province. The popular flowers they sold were jasmine, chameli, champak, gulab and beta. Also, they sold various kinds of sweets and paan.

Most of the popular female dancers were taken by the British officers to their houses for their entertainment. They used to pay them a lot of money. They were called Nautch girls by the British. There are also reports that many of those girls were taken to England permanently. Most of the time British hired these Nautch girls in order to entertain their senior officers and guests. Many of the British ladies even tried to learn the dance steps from those girls. The main intention of the Sham-e-Awadh in Lucknow was to have a fun-filled evening.

On the other hand among the Mughal Empire, it was the Lakhnowi tawaif who was the most popular because of their beauty and presentation. They were hired by the British from the ends of British India. They were popular even in South India as well. They not only danced but were very good singers. They sang some of the popular poem and shayaris from the popular works of Mughal poets. The main responsibility of a tawaif was to entertain the Mughal officers along with British endlessly until the dawn.

It was a wholesome entertainment. It was the responsibility of tawaif to make the Sham-e-Awadh in Lucknow popular throughout India. She was believed to be an institution and many women from present Pakistan and Afghanistan were brought to India only to get the best training from the tawaifs of Sham-e-Awadh in Lucknow.

The young Nawabs and the budding prince of Mughal Empire even learnt to sing and dance along with them. They learnt to be polite and civil. Civility was considered to be one of the important attitudes in the Mughal Empire. Although it is believed that the tawaif culture was a creation of fiction by many people in the current Lucknow. The Sham-e-Awadh in Lucknow was very famous and much has been written about it, mostly in Urdu. You can also get translations of the works by different authors in every other book stall.

Many a times the literature has talked about the tawaif of Awadh, who literally lit the Mughal fort with their spectacular gesture. Also, the works of different poets say about the kind of dance and music present and the instruments used for the concert. The concert is also known as Mehfil in Urdu. The Sham-e-Awadh in Lucknow is the living example of the ghungroo, melodious ghazals, mujra dance form and light classical music called thumri.

There are various Mughal buildings that proudly stand on the banks of the River Yamuna. The senior architect of all the buildings present in Awadh is Kaifyatulah. It is actually a complex of different buildings together. They still have the essence of the way evenings were spent in the forts and the buildings. People who visit Lucknow will definitely visit to the building complex of the popular Sham-e-Awadh. It is reported that the building construction was taken up in order to provide noble shelter for tawaif and protect them from cruel men. As you enter the building, you will be welcomed by the huge and wide courtyard. They are the huge and largest walls which have Urdu scriptures and amazing decoration.

The museum also has a collection of musical instruments, weapons and many other articles used by the Mughal rulers. You have to pay an entry fee about Rs. 35, and the guide charges about Rs. 150 per group. This can be one among the memorable experiences in your life.