Lucknow is still reminiscent of the old Nawabi culture, which the Nawabs had introduced in the 18th century. This makes the city a delight for its travelers who are still enchanted by the grandeur of the city. The city still showcases one of the best monuments in the world which is a good example of Indo-Mughal architecture. Nawab Asaf-ud-Daulah was responsible for making Lucknow the capital of the Awadh Empire and this was done around 1775. Before the reign of Nawab Asaf-ud-Daulah there were no major monuments in Lucknow except for a small fortress called the Machchhi Bhawan, Tilewali Masjid and Panch Mahal. Nawab Asaf-ud-Daulah decorated the city with beautiful gardens like Hussain Bagh and splendid grand monuments like Bara Imambara and the Asafi mosque with its four gateways, Daulat Khana the household complex for his palace and a number of small beautiful palace’s like Sheesh mahal, Rang Mahal. 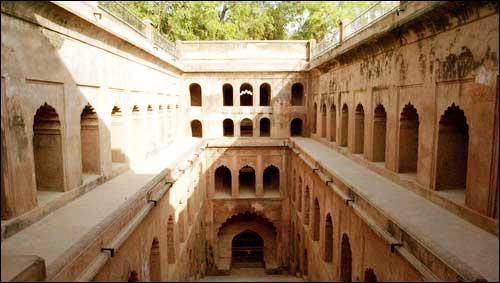 Fourth Nawab of Awadh was responsible for the creation of Shahi Bawli a unique building. When the Bara Imambara was built a huge reservoir was created to store water. It was around this large water storage that the Shahi Bawli was built by Nawab Asaf-ud-Daulah. He built a grand guest house known as the Shahi Mehmaan Khana. Warren Hastings was one of the important guests to stay at this royal guest house. Hastings thought the guest house to be magnificent but his stay was very uncomfortable. Viscount Valentia who stayed in the imperial guest house in 1803 described the guest house as a beautiful grand room nested between the gardens and the water basin was heated for the royal guests to take leisure baths in them. The floors of Shahi Bawli were specially designed by an expert designer from England.

Other Important Events at Shahi Bawli

Wazir Ali the next Nawab of Awadh was the crowned in Shahi Bawli. He was later dethroned by the British after a period of four months. Later the widow of Saadat Ali Khan stayed in this place when she was thrown out of the palace by Ghazi-ud-din Haider. 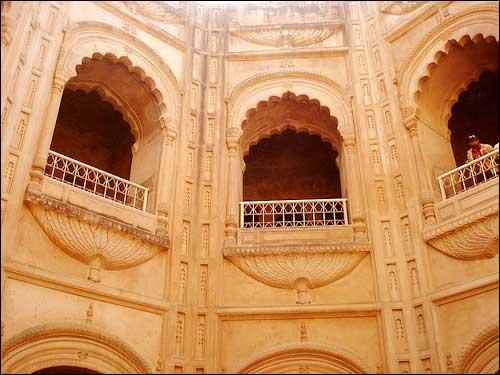 If you visited the Imambara, you would only see the gateway of Shahi Bawli. Other portions of this grand monument are submerged in water and have withered with time. It is believed that if you throw a coin it would vanish immediately without making a noise into the deep well. One of the secrets of Shahi Bawli that a professional guide would reveal to you is that there is a window that is aligned near its entrance door. Thus from inside the Shahi Bawli you could view the shadow of the visitors entering it in the water. This makes you respect the architectural knowledge of the Nawab Asaf-ud-Daulah and how it converted the simple city of Lucknow to a city of great Nawabi monuments rich in culture and Indo-Mughal architecture.

Shahi Bawli is situated in the same complex as the Bara and the Chhota Imambara. Therefore it is ten kilometers away from the city’s railway station and can be visited using a taxi or an auto rickshaw. Tourists can visit this grand building in normal visiting hours and there is no special ticket fee to visit this building.