Royal Cafe, a famous name in Lucknow, is restaurant chain which serves the delicious Awadhi cuisine and basket chat. The first restaurant was founded in 1991 at Hazratganj, which had only 80 seats. Today, the chain has increased to include the 4 more branches in Lucknow. The Royal Cafe has often featured in the various lists like the most popular and the romantic restaurants in the magazines and the internet. All the outlets including the restaurant have become the most prominent landmarks of the Lucknow city. It provides one of finest dining experience with nice ambience within the reasonable budget. 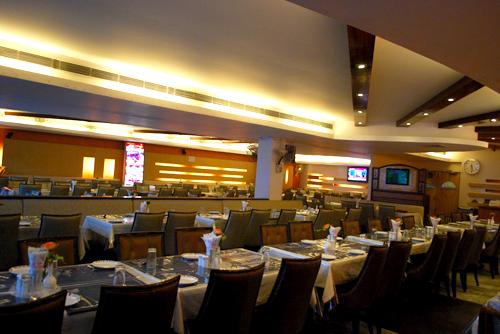 Royal Cafe, a well-known brand in Lucknow, has restaurant chain where they serve delicious vegetarian and non-vegetarian delicacies to the loyal customers. In Lucknow, Royal Cafe has established a unique identity as the best multi-cuisine family restaurant. They serve high quality food which is prepared by the dedicated team of the cooks and chefs under the best hygienic condition. Also they serve it with the personalized service at the affordable prices.

In 1991, the first Royal Cafe restaurant was opened in the busy area of the Hazratganj with the seating capacity of the 80 seats. Within the span of some years, it has become one of the busiest eating joint with the loyal customers in the city. Today, Royal Cafe has opened four more outlets in different parts of Lucknow to serve their loyal customers all across the city.

Apart from serving the regular customers, Royal Cafe is also best venue for the organizing business conferences and other events like the marriage, marriage anniversary, birthdays, reception, fashion shows, etc. For these events, Royal Cafe has seven banquet halls and a business centre which is equipped with the state of art technology. Most of the business conferences, which happen in Lucknow, are organized at the Royal Cafe. At one time, the business center can accommodate more than 400 persons.

Apart from this, the Royal Cafe is also one of the leading Outdoor caterers of the Lucknow. They cater to various leading companies like Vodaphone, Sahara and other multinational companies. In a single day, they have the capacity to cater to about 5000 people at any time.

Royal Cafe is known as one of the leading restaurant brand in Lucknow. It is always in the public eye due to it awesome food and service. The lists are always made in the social and public media like magazines and internet about the various characteristics of restaurants. If it is about the best, top ten, romantic and awesome restaurants in Lucknow the Royal Cafe is always present at any time.

So, if you would like to have a fine dining experience, you can visit the outlets of Royal Cafe any time.

Other outlets of Royal Cafe