Ensuring timely delivery of letters, documents and parcels is undertaken by post offices in Lucknow in a prompt fashion. Several other services such as Post Office Saving Schemes, Speed Post, Post Office Network and Track Consignments are offered to the customers by Lucknow post offices. 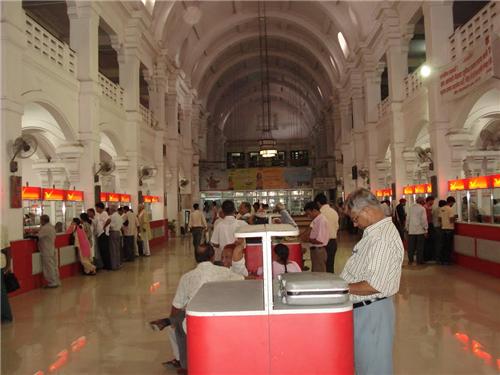 The Lucknow GPO is not just a mere post office, it stands as a witness to some of the most memorable moments of India’s freedom struggle. During the British rule, a building called Ring theatre was used as an entertainment area . English dramas and movies were shown here. The entrance door of this building had a board which read like this: “ Dogs and Indians are not allowed”. In fact the much known episode of Kakori trial happened here. This theatre was converted into a GPO during the year 1929- 1932. This post office has a Gothic-style architecture with a large beautiful hall in the middle that holds a Clock Tower in it.

The GPO is on the main Vidhan Sabha Road, opposite Christ Church on the Hazratganj crossing. A triangular shaped beautiful lawn with blossoming flowers, forms a part of the GPO building. The construction of the building is unique in the sense that it is made without any usage of iron. It is made of red brick and lime stone and symbolizes finest of architectural and engineering talent of that time. The embedded stone on the gate dates building as 1929-1932.

Diverse range of postal and other services are offered to the customers at General Post Office (GPO) in Lucknow city center. Considered as one of the oldest post offices existing in India, Lucknow GPO has achieved the distinction of serving customers with great acuity. Moreover, the list of services offered too is increased in on a regular basis to facilitate people in an extensive manner.

EMS Speedpost: Ensuring timely delivery of letters and documents in an assured manner is easily possible with this service. The tracking details too are available for this service whenever an inquiry is made at the counter.

Express Parcel: This service is considered to be a great boon for those people who prefer sending bulk loads such as books and other regular products to anywhere in India. Prompt delivery is assured as well.

ePost Office: Coordinating the conventional postal services with the latest computer technology is the chief motive behind the introduction of this useful feature. The unique benefit is that not just people in Lucknow but in other parts of the country too could keep track of the orders.

Post Office Savings Schemes: Offering people with a better interest rate than what actually banks do too could be realized from such schemes. Perhaps, a wide range of savings schemes are offered to the public for a flexible investment strategy.

Postal Life Insurance (PLI): Lucknow GPO is one of the modern post offices located across India offering maximum services in an ideal manner. Securing one’s own life through the PLI scheme is best possible in smallest possible denominations.

Mutual Funds: People who are interested in earning more by taking calculated risks will be able to benefit these funds in an extensive manner. It is associated with the online services as well so that people could better manage their investments in the long run.

Diverse range of postal services in Lucknow are now available to the people in an affordable manner. Valuable postal services such as Postal Orders, Registered Posts, Money Orders and many more are offered promptly through which customers will be able to benefit extensively.