Lucknow is one of the ideal places to visit in North India that serves as the capital city of Uttar Pradesh. It was known as Awadh during the British era, who used to pronounce it as Oudh. Geographically, most part of Lucknow is covered with greenery due to its existence on a fertile plain formed because of the Gomti River, a tributary of Ganges. Kukrail Picnic Spot is the most famous picnic locations in the entire city of Lucknow wherein people from distant locations too are known to make regular visits. Dream Valley Resort is exclusively meant to the varying needs of families that would like to spend some quality time away from the city’s busy traffic.

Tourists across India are known to choose Lucknow as one of their ideal touring options due to multiple reasons. Several picnic places wherein travelers could enjoy along with their families and friends are available in the city. Dilkusha Garden in Lucknow is one such place where people get to find maximum tranquility. 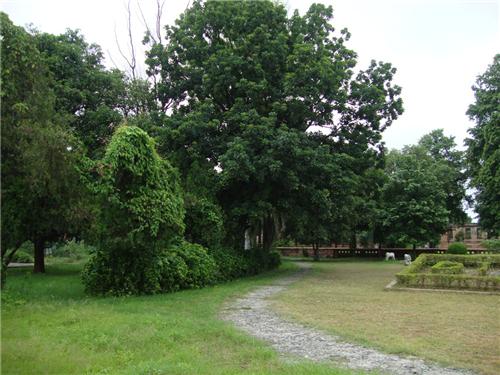 Dilkusha Garden is popularly known as Dilkusha Kothi, which is an 18th century marvel known for its British architectural style. Currently, there are only few remains consisting of dilapidated towers and boundary walls.

What to look for: Much of the attraction has been in ruins since several decades. Tourists get to have a glimpse of those days reflecting constructional brilliance of the British.

Places of tourism importance according to the Government of Uttar Pradesh too have been indentified in a perfect manner. Numerous parks in the core of the city such as Swarn Jayanti Smriti Vihar Park and Lohia Park too are included accordingly because of which ultimate satisfaction is obtained.

Reflecting the royal grandeur of the city of Lucknow is Swarn Jayanti Smriti Vihar Park, a historical park consisting of several architectural features offering the best glimpses of the city. Scenic gardens maintained in the surroundings offer special feel about the park for the visitors and locals as well.

How To Reach: Swarn Jayanti Smriti Vihar Park is located in the heart of Lucknow city. It is at a distance of 0.2 km from the city center, which can be covered on foot.

What to look for: This park is best known for containing rare species of flora displayed in beautiful colors. Nature lovers are known to frequent this park to get a unique feel of the rare varieties of flowers. 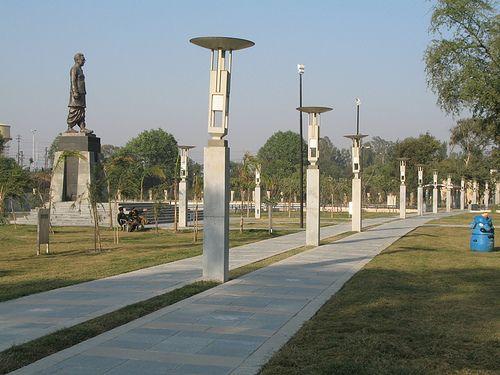 Ram Manohar Lohia Park, which is popularly referred to as Lohia Park is one of the best attractions of Lucknow. People visit this park to have peace of mind. Joggers too are found frequently apart from morning walkers.

How To Reach: Lohia Park is located in Gomti Nagar to where frequent buses are available from the Lucknow city center. Autorickshaws too could be hired to have more comfort and luxury.

What to look for: Scenic gardens of Lohia Park attract more people on a regular basis. The recently included sound system is another great attraction offering the best looks and feel.

Numerous places of picnic importance are located not just in Lucknow but in surrounding places as well. Backpackers and travelers are usually found regaling in such places. Families too consider certain places as essential picnic spots with best features included.

Chinhat Picnic Pavilion is one of the best picnic spots located in Lucknow. It is a perfect relaxing place for families and friends during the weekends. Visitors can enjoy boating at this spot by having best views of the scenic locales.

How To Reach: The picnic spot is located at a distance of 15 km from Lucknow. Direct travel services through autos and buses are available for the convenience of visitors.

What to look for: Kathauta Lake is located close to this picnic spot. People can even visit the neighbourhood to go through Chinhat pottery as well. 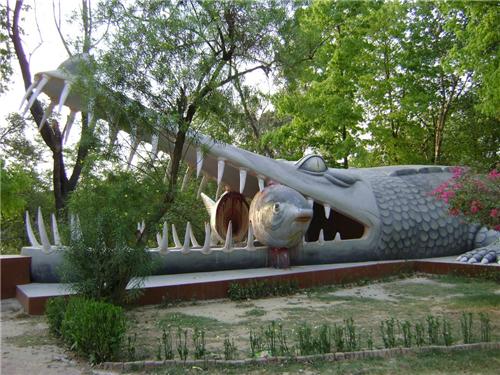 Kukrail Forest Reserve is another ideal location for spending some quality time. The place serves as a picnic spot for couples and families looking to spend some lilting moments. It consists of a Children’s Park, crocodile nursery and rest house apart from a unique collection of birds.

How To Reach: Two ways are available to reach this location. Firstly, you need to get there from Alambagh you will cross Raheem Nagar. After that you will reach Munshi Pulia. Secondly, if you are taking route via Ashok Marg, you will cross, Mahanagar, Vikas Nagar and will reach Khurram Nagar crossing; from there you can reach the spot directly.

What to look for: Ghariyal Rehabilitation Center is one of its kind in India where exclusive care is offered to ghariyals by the officials from U.P. Forest Department. Kukrail Nursery offers a fresh look at some of the rare plant species and saplings. Leopard Rescue Center too could be visited nearby apart from boating and other events.

Regarded as the Golden City of India, Lucknow is close to several places nearby consisting of beautiful picnic spots that attract the interest of tourists throughout the year. 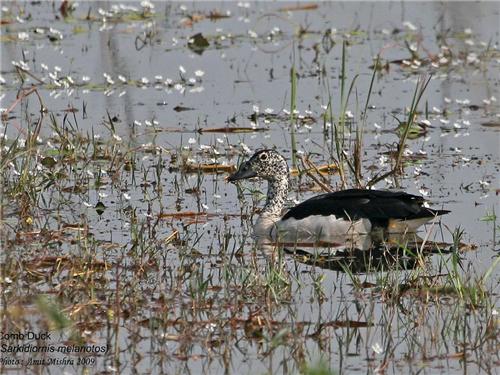 Nawabganj Bird Sanctuary is a beautiful place to spend time where rare species of flora and fauna could be spotted. According to official records, there are over 250 species of birds identified in the sanctuary.

How To Reach: Located in Unnao district at a distance of 40 km away from Lucknow, this sanctuary could be easily reached through regular bus services.

What to look for: Numerous migratory birds too are known to frequent this place offering picturesque views to the visitors.

On an overall, Lucknow is the city to spend holidays in a splendid manner along with friends and family. Planning for the holidays early will ensure last minute disappointments. Additionally, it is possible to maintain a perfect picnicking experience that makes people visit Lucknow time and again. Reputed travel operators across India are known to organize extensive picnic tours for the benefit of tourists in an extensive manner.