Lucknow, apart from being the capital of Uttar Pradesh, is one of the largest and most developed cities in North India. It is also popular for being a multicultural place and is always popular as a hub for culture and artistic things in North India during the reign of Nawabs. As it was ruled by different emperors, the design and architecture found in the city gives the glimpse of the rulers especially the Nawabs. The City of Nawabs, Lucknow, has a number of monuments and religious places like mosques or masjids and shrines. 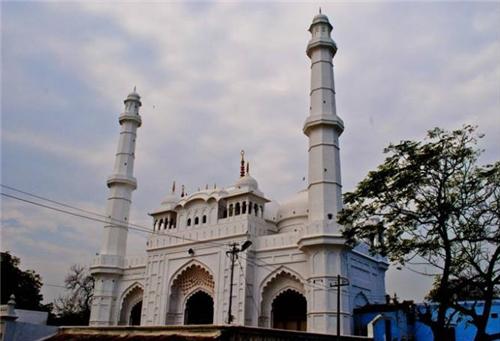 It would be interesting to explore some of the popular mosques found in Lucknow and if you get the opportunity of visiting this city, don’t miss to catch the glimpse especially on Fridays or during festive season.

This mesmerizing and beautiful mosque also known as Alamgiri Masjid symbolizes the divinity of the area where it is situated. This place is kept with loads of flowers that keep on blooming round the year, which adds additional aesthetic value to this sacred place.  Adjoining Teele Wali Masjid you can find a place known as Ittra Bagh, an area wherein you can see people of all the age groups flock for evening or morning walks. The scene during the festive season like Ramzan, Eid is incredible to catch. Teele Wali Masjid in Lucknow symbolises the power and dignity of Muslim community found in the city.

Unlike other mosques, Ahmad Sanj Masjid in Lucknow too has its historical roots back to the Nawab reign. It was constructed during the rule of Ahmad Sanj for Muslims based in the nearby places. You can catch good crowd during the month of Ramzan and other festivals.

This is basically a shrine of a prominent South Asian Sufi saint known as Hazrat Alauddin Ali Ahmed Kaliyari of 13th century. His shrine was developed after his death and is today considered as one of the most popular religious places in the city to visit a wide range of devotees including Muslims, Hindus, Sikh and people from the other castes and creeds. Alaudin Mazar observes 10 days urs celebration every year. 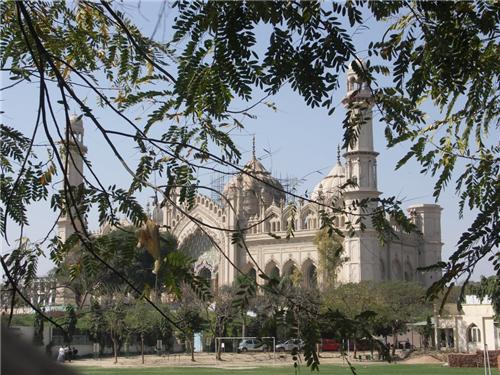 Jama means big or large congregation, which can very well make you understand the size and capacity of the mosque. It is a massive mosque with tall minarets and dome. The Jama Masjid of Lucknow is based in the area of around 5,000 square meters with 15 arched domes found in multiple altitudes and is supported by 260 pillars. It is indeed an amazing place to visit in Lucknow.

Located close to Bara Imambara, this mosque is a classic example of Indo-Muslim architecture. Since it is closely located to Bara Imambara, it is among the most visited and busy mosques as compared to the others. Aurangzeb’s Masjid also showcases some of the incredible exquisite architecture of the past.

Sheeshe wali Masjid in Lucknow is a classic example of rare craftsmanship in its embellishment; stunning calligraphy is found inside the mosque. Though it’s a small mosque in Udaiganj area of Lucknow the rich and classic aesthetic value not only makes it a gorgeous place but a perfect gift of presenting the eternal thoughts in inscriptional form via calligraphy, which are specially carried out using cut-coloured glass pieces. Since it is very small and located in Lucknow cantonment area, it is not a much visited place except the regular devotees who come for their daily prayers and few tourists coming down to have a look at its geometric and floral patterns and indeed the rich and classic calligraphic inscriptions. 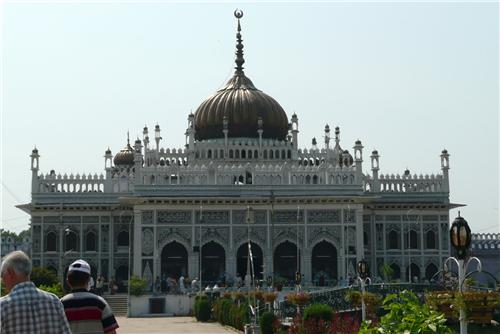 Asafi Masjid still stands with all splendour and charm of the past era and is among the grand mosques of Lucknow. It was designed by the famous architect known as Kifayat-ullah and was built by Nawab Asif-ud-daula in 1775. It is basically an important part of the Bara Imambara complex, located at the north western side of its courtyard. The Indo-Islamic structural design of Asafi Masjid is the ultimate beauty of this mosque, while it’s structural strength remains at par till date.

This mosque was built from the scraps received from the Bara Imambara in 1794 by Tehsin Ali Khan (Nawab Asif-ud-daula appointed him Darogo of Tosha Khana). Tehsin ki Masjid have three domes - middle one is greater than the two - while the remaining ones are of same height. One can find the architecture of Indo-Islamic style with loads of carvings, turrets and high minarets, which altogether enhance the beauty of the walls. A lane, called as Chowk lane, takes you inside the Masjid. Tehsin ki Masjid in Lucknow is surrounded by various eateries and traditional stores.

In case, if you are willing to visit other Mosques or shrines, given below is the handy list which can help you.