The art of self-defense conditions the body and the mind to fight back in case of an assault. This is provided in martial arts training with karate, kung-fu, judo, jujitsu, taekwondo, kick boxing and also boxing. Lucknow has facilities for all these to provide adequate training in self-defense. 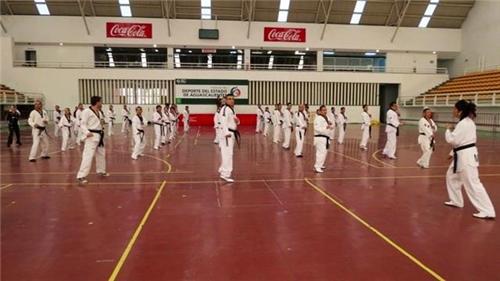 Lucknow is home to the Taekwondo Federation of India (TFI). It was formed in 1976 and was affiliated to the Asian Taekwondo Union in 1978. The Government of India has also recognized this organization as the apex body for taekwondo in the country. Due to its efforts, taekwondo was introduced in the National Games in 1985. TFI has regularly organized the demonstration of the sport by Korean experts. It has affiliated members in various states and union territories and lays down the curriculum for the training of taekwondo and its promotion in the country. It organizes national championships every year in different cities.

Kick boxing is another sport and technique of self-defense that is becoming more popular in Lucknow. It is a combination of various martial arts and training can begin at as young as five years and it can be practiced by both boys and girls.

The Red Brigades in Lucknow district is a group of girls who have come together to train themselves in self-defense and to promote it amongst other girls. Hailing from humble rural background they have risen against conventional prejudices to band together and raise their voices against attacks on women. The Red Brigades organize workshops in martial arts for girls in the area. This not only gives them valuable self-defense skills but also increases their confidence. The Uttar Pradesh Sate Women’s Commission has also organized free martial arts training in Lucknow to train girls in self-defense.

Self-defense training centres in Lucknow include: