Lucknow is filled with tourist destinations marked either by historic significance or architectural marvel, what is it to be in a place that is off beat and yet worth a visit. We were all set to explore such a destination. As we drive around 25 kms north of Lucknow, which took us around 30-45 minutes, owing to the traffic, there it stood an unassuming quaint town called Kakori. Does the name ring any bell? Yes, this place is indeed the one that has been etched in the history of Indian Independence. ‘The Kakori Conspiracy’, which took place on the 9th of August 1925. 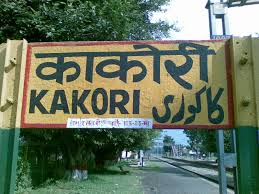 What is interesting?
The roads were dusty and narrow, we were inquisitive and wanted to see where this whole episode had taken place. Our first stop was the Kakori station which was bereft of people, except for a commemorative inscription that cried for attention, which could well be turned into a significant tourist attraction. We left the station pained by the fact that a place so close to Lucknow and was once a venue for a historical event and revolution stands so deserted. This place might be dusty, narrow but it is just the superficial coat, underneath which lies the very act of courage and valour of our freedom fighters - Kakori speaks of the mettle, grit of common Indians against the British rule. 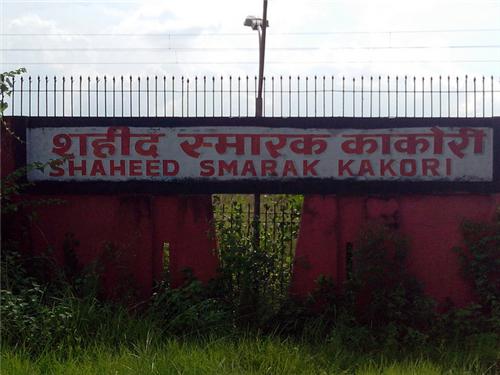 Shaheed Smarak, a memorial at Kakori Baaz Nagar, which is about 2 kms from the Kakori railway station. A memorial built as a mark of honour and remembrance of the martyrs who laid down their lives for their mother country. A polygonal structure which housed the statues of Chandrasekhar Azad, Ram Prasad Bismil, Roshan Singh, Ashfaqullah Khan and Rajendra Lahiri. This spot is where the train was supposed to have been stopped. One can well imagine the gripping plot that was executed at this very place. A chill ran down my spine. This place well deserves homage and a visit.

Our next stop was the much talked about Kothi, a palatial house which was earlier referred to as Old Martin house, name got changed to Kakori Kothi once it was purchased by Imtiaz Ali Alavi, the Ameer of Kakori. The architectural grandeur of this building was stunning, which was said to have been designed by General Claude Martin. Many movies like Junoon, Umrao Jaan, Anwar have been shot, owing to its intricate, aesthetic and well laid out architectural work. This very Kothi, has been the hub of many political landmark. The Lucknow Pact was signed at this place. I was awestruck by the splendid beauty that stood so majestically in front of me, no wonder it has captured the hearts of Bollywood directors.

After this tryst with the little piece of history we steered back to the city, with a sense of pride of having retraced the foot prints left behind by our freedom fighters. A sense of achievement seemed to be the residual effect of this very journey. Next time you plan a visit to Lucknow, take a detour and visit Kakori. Even these streets could well be famous, for its small stretch of historic significance, the Dasheri mangoes, the mouthwatering Kababs, the intricate Zardosi embroidery, the palatial Kothi, only and if only you desire!!!

-- As shared by writer Gayathri Iyer