Lucknow Mahotsav is a festival dedicated to the celebration of the ancient culture of Lucknow, also known as the Awadh culture. Celebrated over a period of ten days, during winters, it is an important annual state festival of Uttar Pradesh that is characterized by cock-fighting, kite flying, ekka races and other attractions to recreate an ambience of the bygone days when Lucknow was ruled by Nawabs. It is organized by the tourism authorities in Lucknow and involves participation of local people as well as visiting tourists from other parts of India as well as abroad. 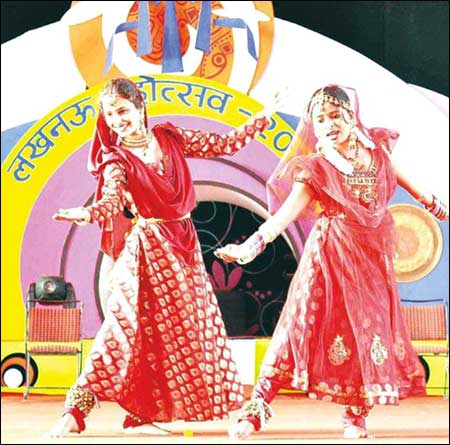 The festival has been celebrated since 1975-76, which was observed and held as The Tourism Year by south Asians. It was established in a bid to promote the rich art, culture and tourism for tourists in India and other parts of the world. Since then, the Mahotsav has been organized and celebrated every year.

The major attractions of the Mahotsav comprise of exciting events that showcase the culture of Lucknow to the best effect. These include Ghazals, Qawalis, Thumri, Kite flying, Cock fighting, Colorful processions,Traditional dramas, Sarangi and sitar recitals, Ekka races (races of horse-drawn carriages) and Kathak dances, in the traditional style of Lucknow.


The exhibition comprises of many commercial stalls, food stalls, beverage stalls and pavilions apart from stalls for agricultural fair. The mouth-watering food of Lucknow obviously features in this grand festival. For food-lovers, the event offers popular delicacies of the place like:
An endless variety of non-vegetarian as well as vegetarian dishes are kept in the menu to appease the gastronomical needs of all types of food connoisseurs. People from various parts of India as well as many foreign tourists look forward to this festival to pamper their taste buds.

How to Get There 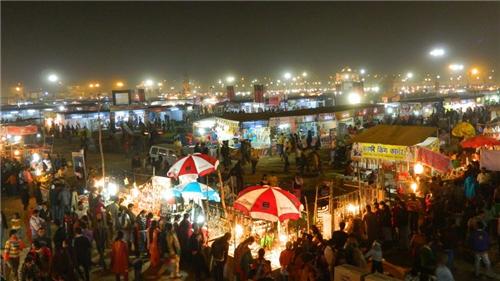 Lucknow can be reached by air, train and road. You can get prepaid cabs to take you to the heart of the city from Lucknow Airport. The airport is connected to all the major cities of India and abroad through various national and international flights. Train services connect the Lucknow Charbagh station to all parts of the country. You may also visit the place from important cities like Kanpur, Allahabad and Varanasi by bus or car service.

Entry Fee and other Information

The entry fee is Rs 10 and the seasonal fee is Rs 50. The entry tickets are available at the entry itself as well as in other places such as the city malls.

Be it food, clothes, handicrafts or furnitures, the Lucknow Mahotsav has everything to offer to its visitors. The unmatched festive ambience and electric energy of the event ensures that it is attended by a lot of people.

Lucknow Mahotsav 2013 will be celebrated from November 22 to December 2, 2013, a time when the average temperature hovers around 11°C. This is a pleasant time and the climate will be favourable for the celebrations.


Explore more about Culture of Lucknow