For the past 60 years Lucknow Golf Course has been an essential part of the city’s social milieu. It has been holding its own next to the official residence of the chief minister for the past many decades and been a witness to the tumultuous changes in political fortunes as power in the capital changes hands. Constantia, a Lucknow landmark which houses La Martiniere looms large in the distance as the golf club’s members tee off on the immaculate fairway.

Golf is supposed to have come to Lucknow at the end of 19th century with the golf course being part of the United Services Club housed at Chhatar Manzil. British soldiers and officials lost no opportunity to putt about on the greens. The shifting of the capital of United Provinces from Allahabad to Lucknow gave golf in the city another impetus but it only meandered along till 1948 when concerted efforts were made to make golf a permanent part of the city’s social milieu.

Avid golfers came together and donated the princely sum of five rupees each to get the club going.     Lucknow’s elite took to the game and came forward to support it but it would be only in the mid-1950s that the Golf Club took off.  The Lucknow Golf Course is spread over 70 acres and offers 18 holes with lush green fairways, large old trees and two water hazards. Today it has 1,500 members and is part and parcel of the city’s social life with such events as the Captain’s Cup and Abeer Gulal golf tournaments.

The golf club offers a range of facilities including billiards, swimming, gymnasium, banquet hall, restaurants and a bar. It is also affiliated to a number of other clubs all over India.

The village of Martinpura, named after the French adventurer and founder of La Martiniere, Claude Martin, is next door to the golf course. Many of its inhabitants have worked as caddies on the fairway and have learnt to play the game and gained recognition for themselves. These include golfers such as Raj Kumar, Vijay Kumar and Hari Ram who have became accomplished golfers and played for India. In recognition of their services, the golf club has opened a school for the village children. 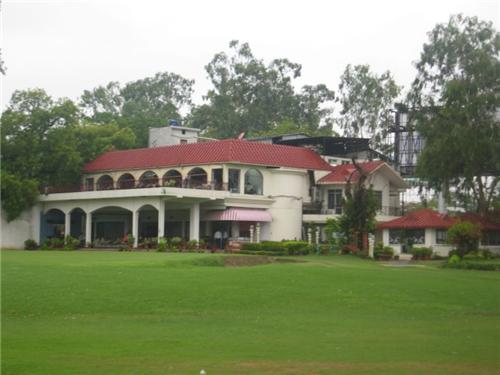 An integrated hi-tech township, Sushant Golf City by Ansal API sprawls over 3,350 acres. Located on the Lucknow-Sultanpur Road, it represents a premium lifestyle in Lucknow with a world class 18-hole international standard championship golf course surrounded by luxury villas, condominiums and apartments. A range of commercial developments including malls, food courts, entertainment facilities, an amusements park, a sports complex, health care facilities, hotels and a spiritual centre enhance the living experience here. There will also be an IT/biotech park, banks/ATMs, schools and institutes will also be located here.