Lucknow or the land of Nawabs is the capital of Uttar Pradesh. It is the largest and most developed city of North India after New Delhi. Various industries including education, aerospace, finance, pharmaceutical, architecture and many more are flourishing in Lucknow. Due to the economic development and flourishing industries in Lucknow, people from all over the country visit this city to conduct their business. Not only from India, but this city also attracts international traders. Along with having economic significance, this historic city also attracts tourists from all over the nation. The growing economy of Lucknow and the beauty of the city make Lucknow airport one of the busiest airports of North India after New Delhi. 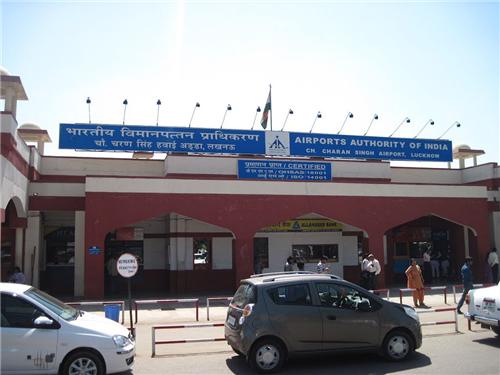 Lucknow also has an International airport which was inaugurated by the Union Cabinet in 2012. This huge airport has two terminals and the second terminal was inaugurated in June 2012. There are various foreign nationals who visit Lucknow for various reasons: some of them visit as an avid traveller to explore the historic city, some of them have their business objectives. Having an international airport in Lucknow, this city enjoys an economic significance.

However, if you decide to stay near Amausi airport, there are various hotels located near this busiest airport. For your assistance, some of them are listed below.

The Piccadily Hotel – This five star hotel is situated about two and a half kilometres away from Lucknow airport. This hotel, being one of the nearest to Lucknow airport is one of the good options for travellers who have to catch an early morning flight or late night.

La Palace Sarovar Portico – This three star hotel is situated within 6 kilometres from the airport at Shahnajaf road in Lucknow.

Comfort Inn Hotel – This hotel is a three star hotel situated within five to 6 kilometres from airport. This hotel offers world class facility and decent rooms.

Syona Residency – This three star hotel is located in the famous Charbagh area of Lucknow. This is about 5 kilometres away from the Lucknow airport.

Hotel Shelter – This hotel is another alternative in Charbagh area if you want to stay in an affordable hotel nearby Lucknow airport. This is a three star hotel is a good alternative at a reasonable price and offers decent services and rooms.

Charbagh is located within five kilometres of area of Lucknow International and domestic airport. Hence, Charbagh can be one of the best and nearest areas to stay near the Lucknow airport. Some of the hotels in Charbagh include Hotel Vishwanath, Hotel Rest Inn, Hotel Amber and Mohan Hotel.

Explore more about Transport in Lucknow