Lucknow, the Constantinople of the East, enjoys a lifestyle which is a perfect blend of the royal Hindu and Persian culture along with India’s British heritage. Over the time it has sophisticated itself by embracing the changes in the modern world while maintaining its rich tradition. It has advanced in the field of administration, commerce, education, healthcare, culture, tourism and aerospace. This makes Lucknow standout as one of the fastest growing cities in India. 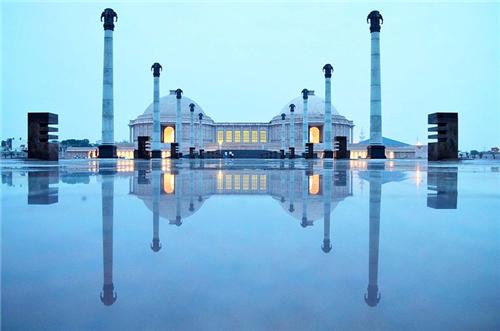 Lucknow Heritage and its influence

Its glorious heritage and the recent advancements due to globalization have made Lucknow a multicultural city. The city got its name from Lakshman, brother of Lord Ram. It’s been believed that he laid foundation to this marvelous city. Before the British invasion, Lucknow was ruled by Mughals and Nawabs. They were known for their extravagant lifestyle and passion for architecture, drama, music, dance, language and poetry. The richness in its architecture and art forms have earned it the name ‘Constantinople of the East’. Lucknow was a place of deep interest for the East India Company and the British Raj as well. It was made into an administrative capital of the British. After Independence, Lucknow was declared as the capital of Uttar Pradesh.

The city could beautifully carry over its charismatic past and blends it with its present with utmost sophistication. The people of Lucknow are known for their courtly manners and excellent taste in art and culture. They are known for taking on advancements. It has several world class educational and research centres. The city is very well connected with the rest of the important cities in India by road, rail and air and it promotes various public private partnerships in infrastructure and education. This makes Lucknow a manufacturing and IT hub from its earlier dependency on tertiary sector. The city is gearing up from the contributions by its professionals in the field of IT, manufacturing and medical sector. Many multinational companies have their offices in Lucknow.

The city has earned its name for handicrafts and other export items such as jewellery, textiles, gems, IT related products and services, leather, etc. Its cotton textile industry and chikanari work from the ancient times has helped the city in marking its unique name in the textile industry. The shopping centres and markets or bazaars are also a notable attraction of Lucknow. From the local markets and from shopping malls, one can get anything from ancient handicrafts to the latest IT products. The city is known for perfumes as well.

The city has preserved its proud ancient architecture and has several skyscrapers and tech parks as well. The people of Lucknow are proud of their ancient magnificent heritage yet they are ready to pave way to the growing needs of the present world. And they are known for carrying both these worlds with so much ease and elegance.

The city has outlets of global giants like KFC and McDonalds. But being in Lucknow, anyone would prefer the Awadhi cuisine which is influenced from the ancient Mughal cooking methods. The royal style of preparing and presenting dishes are still of great importance in Lucknow. Again Lucknow offers variety of mouthwatering treats from royal dishes to street food. Variety of both vegetarian and non-vegetarian dishes are prepared in exotic and varied ingredients. Rich spices are common in their cuisine. Notable dishes of Lucknow includes Kebabs, Biryanis, Korma, Naan, Sheermal.

Kebabs: Kebabs are pieces of vegetables, fish or meat which are grilled and roasted in a skewer.
Biryanis: Biryani is made by basmati rice, vegetables, meat, spices and yogurt. Rice and other ingredients are cooked separately. Then they are layered one after another and cooked again.
Korma: Korma is a gravy preparation with vegetables, meat or fish with spices, cream, butter, nuts, sauces etc.
Naan: Naan is a soft but thick bread prepared from wheat flour
Sheermal: Sheermal is sweetened Naan. Sugar, yeast and saffron are also added to prepare Sheermal. 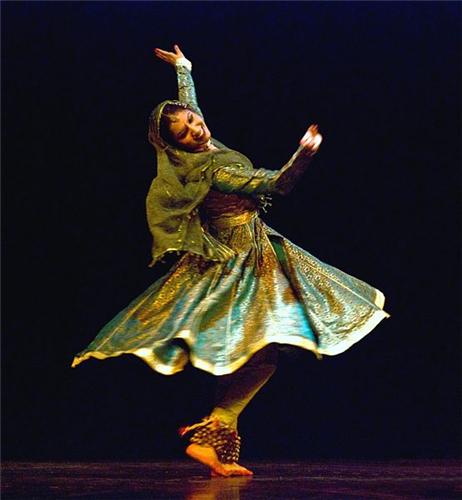 The royal ancestors of Lucknow were very passionate about the arts and entertainment forms and so are their descendants. Dance, drama and music is in the blood of the people of Lucknow. Kathak, a prominent Indian dance form was originated in this city. Ghazals , a musical form is also an important part of Lucknow. There are famous universities for music and dramatic arts in Lucknow. There are many theatre groups as well in this area.

Lucknow encourages sports as well. Cricket, football, badminton, golf and hockey are the popular sports in the modern Lucknow. Being a sport loving city from its ancient times, kabbadi, chess, kite flying, pigeon flying and cock fighting were considered to be the popular pastimes in earlier times. This royal city could influence Hindi film industry as well. It has many proud lyricists and script writers. Also the architecture, gardens and the aesthetic beauty of the place has attracted many film makers to take films in the city.