Kakori, a small yet wonderful town is situated 14 km north to Lucknow in Uttar Pradesh. Situated with elevation of 121 m (397 ft) and have population of 16,731 (Recorded in 2001). Urdu is an official language of this town. This place is famous for its delicious foods especially Kababs famously known as Kakori Kababs. Apart from food, this place is also known for its great urdu poets, artists and well-crafted clothes. 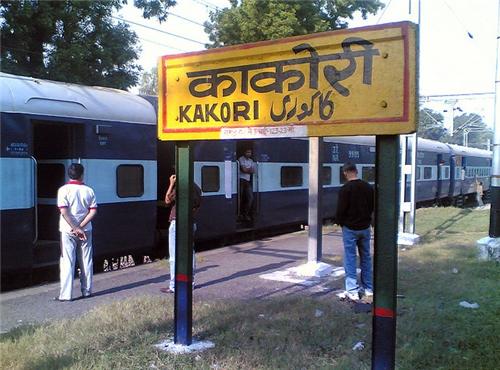 Due to majestic era of Nawabs and its rich culture, this place is enriched with various forms of art and artists. Many adhakari (well-crafted) clothes and shawls including ancient decorative pieces are centre of excellence for tourists and travellers. Buyer and retailers from all across the country visit this place to buy these precious clothes and decorative items.

This place attracts tourists for various other reasons as well. One of them is its delicious Kababs. This place is hub of non-veg lovers, served with all forms of Kababs in almost all gali (street) or road junction. These tasty Kababs are served with soup or Biryani as per customer wish. The cost of these foods are not very expensive, an amount of Rs 100 can be enough for your plate of food. Another food attraction of this place is dusheri mangoes. Dusheri mangoes are very distinctive and savory in taste, widely adore by many Indians.

There is not much to see in this place. The main place for tourist attraction is Kakori Kothi, palatial houses of Muslim gentry of Oudh and numerous mosques build at the time of Nawabs and Mughal empire. Kakori Kothi was earlier known as old Martin House building which was purchased in year 1872 by the great Ameer of Kakori Syed Imtiaz Ali Alavi and renamed it. This house was used by its owner for political meeting and gathering. The famous “ Lucknow Pact” between All India Muslim League and National India Congress was signed here. The majestic art and design of this building was developed and designed by great architecture Major General Claude Martin from Lyon in British era. Now this place is open for visitors.

Coming to its present set of generation. This place has produced excellent poets mainly in Urdu. This place is rich in Urdu Literature. Many notable personality like 'naat' genre poet Mohsin Kakorvi , Noorul Hasan Nayyier, the satirist Ghulam Ahmed Alavi 'Furqat Kakorvi' to name a few.
Not only this, if we talk about old Kakori at the time of British Raj, this place also known for producing hundreds of civil servants who served all over the India. This place is notable because of massive looting that took place on August 9, 1925 in Kakori by Indian revolutionary who was involved in Indian Independence Movement.

Kakori was the final station of that train. It was a well- planned operation which was headed by great freedom fighter Ramprasad Bismil along with ten others revolutionary members. They stopped the train and forcefully snatched government's precious treasury from it. This case is also widely known as Kakori Conspiracy of British Period. Since these revolutionary fighter were HRA (Hindustan Republican Association) members, so in turn Birtish government arrested around 40 members including Chandra Shekhar Azad and finally on 6th April, 1927, four members were sentenced to death. Later in 1931, Chandra Shekhar Azad was killed in encounter by a police. Even today, people of India celebrate this day in memory of great freedom fighters who fought for freedom with British rulers.

This place is major domicile of Muslims mainly Shaikh community, which is divided into two: Alavi, they claim their lineage to Ali and Abbasi, claims their lineage to Al-Abbas. Although there are no major fight noticed in past between these community group except few quarrels. These people live happily here maintaining the harmony and peace. People of Kakori lives a healthy life.

One incident that recently happened in Sikrauli village of Kakori in November 2013 raised many eyebrows. More than 200 persons fell ill due to this and local official called this “Mystery Fever”.

How to Reach Kakori

To reach this wonderful place, you can opt for any mode of transport be it bus or train. A travel from train will take around 20 minutes to reach Kakori Railway Station and from there you can opt for rickshaw or auto to reach your desired location. If you are opting for road travel from Lucknow either by bus or taxi, drive towards Vidhan Sabha Marg, continue onto Gurudwara Road till you reach Talkatora road in left. After that you can take first right onto Alamnagar road, take three right turn consequently till you reach Kakori. It will take approx 28 mins to reach from Lucknow to Kakori which further depends on road and traffic conditions of the place. If we talk about fares, then travel by any medium except private cab or car, it will not cost more than Rs 200. Private cab or car will be a little expensive. There are wide range of tour & travels companies situated in Lucknow, based on your requirement, you can opt for any one.

Explore more about Localities and Areas in Lucknow