Horse racing has come a long way in Lucknow since its early days. The colonial influence was predominant in popularizing horse racing in the city and the Lucknow Race Course was established in 1880. With horse racing becoming a favourite sport of the city’s elite, the Lucknow Race Course saw rapid growth. Today, its annual races are a fixture on the city social calendar and well attended by civil as well as military elite. 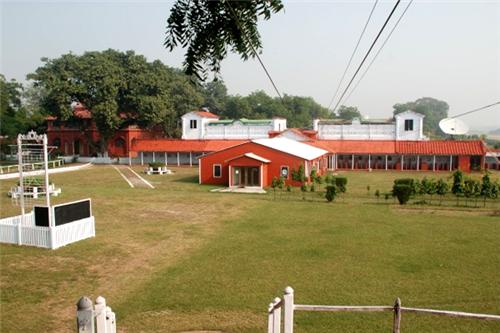 Located on Bahadur Shah Marg in the cantonment area of Lucknow, the race course is spread over 70 acres, giving the city a much needed green oasis. The race course has a track which is more than a mile long. Several races are held here annually giving horse racing enthusiasts the opportunity to congregate to indulge in their favourite pastime. The stewards who run the club include both civil and military members who constitute the general and executive body.

The first Civil Service Race Cup was held here in 1880 and nine horses took part. Steeple chases were also part of the race in those days. Arab as well as Australian horses were used in the races. Some of the prominent owners then included Maharaj Kishore Singh, Kumar I.C. Singh and Nawab Khoorshaid Mirza.

During the 2013 season the MB Cup Race was won by Grey Goose owned by M. Bhandari. Daddy Cool owned by Jaideep Narayan and Kumail Hasan won first prize in the Thoroughbred race. In the Army Commander Cup races first prizes were taken by Babli owned by Sunil and Daddy Cool. In the President’s Cup the honours went to Grey Goose while in the Arjun Cup they went to Don’t be Silly owned by N. Mathur and Babli took the honours in the SAWCA Arjun Cup. Colvin owned by Latif and Chocolate owned by Rajnish Chopra took first prizes in the Major General Mahendra Pratap Memorial Cup. 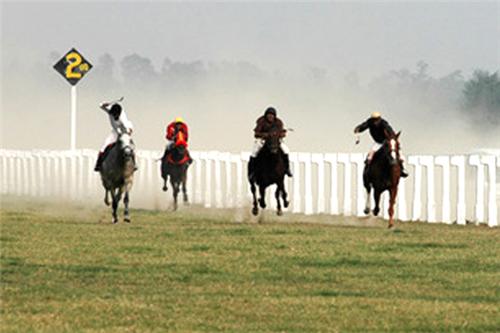 The previous years have seen the staging of other such events as the Super 71 Cup, Sri B. P. Halwasiya Memorial Cup, Tanishq Cup and the Lucknow Horse Show.

Gymkhana Races are back at the Lucknow Race Course after a long gap.  They were once regularly conducted and tonga horses mainly participated. But due to some problems they were stopped but were, however, resumed after some years.

The Lucknow Race Course also has a facility for off course betting and shows live telecasts of races held at other race courses of Mumbai, Delhi, Bangalore, Kolkata, Mysore and Ooty. Punters can place their bets on horses of their choice online. This happens for 210 days in the year.