Lucknow, a name famous for its history, culture, people, cuisine and many others, has indeed an intriguing origin. The history of this ancient city is not only fascinating to the historians, but also to the common man. This city has been known for its mouth-watering Mughal delicacies as well as the ancient eminent heritage sites. The city, therefore, attracts plenty of tourists throughout the year. Above all, the holy temples located in various parts of the city are no less in drawing a huge gathering on the auspicious days and during festivals. Overall, this is indeed a beautiful city and worth a visit. 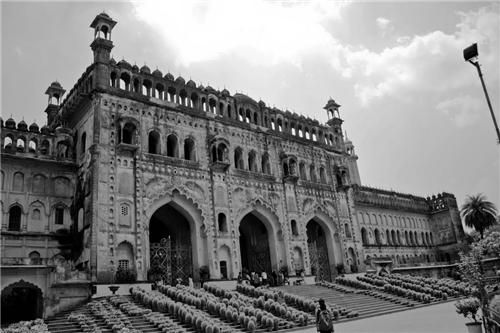 History of Lucknow - An Overview

Lucknow had derived its name from the name of the Laxman, the loved brother of Shri Ramchandra. Shri Ramchandra had gifted the land of Lucknow to Laxman after successfully returning back from his exile ad conquering Sri Lanka. Hence the initial name of Lucknow had been Laxmanpur. Situated on an elevated land, Lucknow was located near River Gomti. However, during 18th Century, this city of Laxmanpur was recognized as Lucknow.

Awadh is argued to be one of the primeval Hindu states. Lucknow was a major province of Awadh. Lucknow and other parts of Awadh had been under the subsequent rule of Delhi Sultanate, the Mughal rulers, the Nawabs of Awadh and finally the British Raj and the East India Company. This city had been one of the prominent centres of the First War of Independence and had participated actively in the momentous Independence movement. After Indian Independence, Lucknow has emerged as one of the important cities of Northern India.

From 1394 to 1478 that is for 84 years Awadh had been a section of Sharqi Sultanate of Jaunpur. It was around 1555 that Humayun had converted Awadh as a part of Mughal Empire.

Till 1719, Awadh was a province under the Mughal Empire and administered by an Emperor appointed Governor. During 1720, the Nawabs were appointed by the great Mughal Emperors to ensure a better functioning of the province.  It was in 1722, a new viceroy of Awadh, officially known as the Nizam of Awadh, was appointed named Mohammad Amir Saadat Khan, a Persian adventurer. He later set up his court in Faizabad. This marked the beginning of the flourishing Lucknow during the strong dynasty of Nawabs. Lucknow, building a new history, was like never before.

Awadh was well known as an agricultural storehouse of India. It was a wealthy kingdom, protecting itself from the foreign threats of British, Afghans and the Marathas. Shuja-Ud-Daula, the third Nawab, was defeated by the British in the Battle of Buxar. Following this, he was pressurized to pay huge chunk of penalties and give up parts of his territory.

Lucknow started developing after 1755 under the tenet of the fourth Nawab named Asaf-ud-Daula, a great philanthropist. Lucknow created a name for itself in various different spheres including poetry, music, dance and other aspects of Lifestyle. The Awadh rulers contributed heavily on the architecture of the city. They were enthusiastic enough to raise some of the imposing monuments such as the Bara Imambara, the Rumi Darwaza, the Chota Imambara and other such notable ones.

In 1773 the British appointed a resident and gradually acquired control of more authority in the state. However, the British were reluctant to capture Awadh straightaway so as to avoid the threat from remaining Mughal Empire and the Marathas.

The fifth Nawab of Lucknow, Wazir Ali Khan, in 1798 isolated his people and British, and was required to surrender. The British helped the fourth Nawab to the throne and made him a puppet king.
In the treaty of 1801, Saadat Ali Khan was forced to cede out half of the province of Awadh to the British and agreed to release his troops in favour of the pricey British run army. The British Raj had utilized the province’s vast treasuries by exploiting them for loans at low rate. The Nawabs were made only the ceremonial kings all with all the grandeur, but with little or no influence over administration of the state. It was by the mid of 19th century that British had claimed a direct control of Awadh. Awadh continued to be a division of the Mughal Empire till 1819.

In 1856, the British moved its troops and imprisoned the then Nawab, Wajid Ali Shah. In the revolt of 1857, his 14 year old son Birjis Qadar was crowned the ruler. Sir Henry Lawrence was killed in the conflict.

In the first war of Indian Independence and Indian Mutiny, also known as the Indian rebellion in 1857, the rebels took direct control of Awadh. It took almost 18 months for the British to re conquer Awadh, the period known as the popular Siege of Lucknow. The rebel forces were successful in besieging the regiment based at the Lucknow residency. Under the commandment of Sir James Outram and Sir Henry Havelock, the blockade was relieved. One can recollect the Lucknow’s role in the dramatic incidents of 1857 through the impressive Shaheed Smarak and the remnants of the Residency.

The Khilafat Movement had been active against the British rule. This movement had created a united platform where Firangi Mahal’s Maulana Abdul Bari had taken an active participation and cooperated with Maulana Mohammad Ali and Mahatma Gandhi. Lucknow had remained the capital of Awadh since 1775, and it was only in 1901 that this city, with a headcount of 264,049, was integrated with the newly established United Provinces of Agra and Oudh. When the administrative head was moved from Allahabad in the year 1920, Lucknow transformed into the provincial capital.  Lucknow was declared as the capital of Uttar Pradesh, the former United Provinces, upon the epoch-making Indian Independence in the year 1947.

It is true that Lucknow underwent several bad phases during the rule of the Western country. The uprisings by the different rulers and plenty of appalling incidents left the city in a ruined state of memories. However, since Independence there has been no looking back for this famous city. These historic remains have urged ample of visitors from all over the world. The city has developed to great heights in various spheres.