The Fire Department of Lucknow is one of the most crucial and active departments in the city. Thanks to the department’s constant alertness and watchful eyes, the city has successfully managed to escape several major and minor fire accidents. 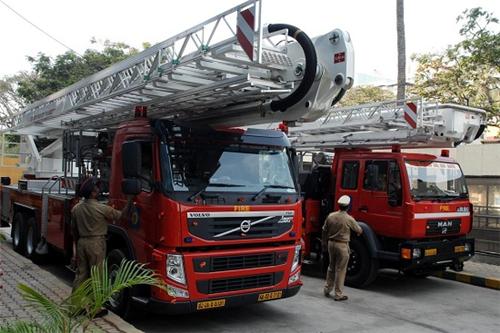 Chief Fire Officer is the head of Lucknow Fire Department and is assisted by Divisional Officers and Deputy Chief Fire Officers. There are over 15 fire stations in Lucknow with more than 1000 employees responsible for protecting the city from any major disaster. Lucknow’s Fire Department is located in the heart of the city, Hazratganj. All the fire stations are equipped with the latest models of fire fighting equipments, expert fire fighters and trainers, and skilled servicing engineers. Fire stations are also loaded with rescue vehicles, hydraulic rescue tools, ambulances, chemical protective suits, breathing apparatus sets, electric chain saw, fire proximity suits, steel or concrete cutter, search camera, rope rescue devices and rescue rocket devices.

The fire-fighters have a 24X7 duty and their work is divided into four groups:


Let’s have a look at all the major fire brigade stations scattered all over Lucknow.