Fairs and Festivals in Lucknow

There are very few cities in India that have succeeded in retaining a strong sense of their own cultural history and traditions as Lucknow. The changing times have not deterred the city from preserving its unique cultures and festivals, and every year without a fail, Lucknowi residents celebrate various festivals be it Eid, Diwali, Holi, Christmas, Guruparab with utmost devotion and sincerity. The heterogeneous mix of people has helped Lucknow reverence each and every religion and all the festivals are observed with equal respect and fervour. Lucknow is a fun-loving city and amidst festivals the city’s hullabaloo goes a notch higher. To see Lucknow in a different light, try visiting the city during these festivals.

Lucknow Festival or Lucknow Mahotsav is one of the grand and pompous festivals in the town that continues for ten days. Every nook and corner of the city is adorned with a royal vintage look and Lucknow gets alive with the different artistic dynamics displayed by exponents of culture. This cultural festival is celebrated in the winters of November and December. The highlight of the festival is the array of colourful processions that marches down the city. Nightlong dance performances and classical thumri, quwali, ghazal fill the air. Interesting games such as kite flying, ekka races, cock fighting and other traditional games prominent during the Nawabi era are played. The entire Lucknow seems to forget their work, commitments and actively participate in the fanfare and pomp. Not to miss out is the lip-smacking authentic Awadhi delicacies for food lovers. 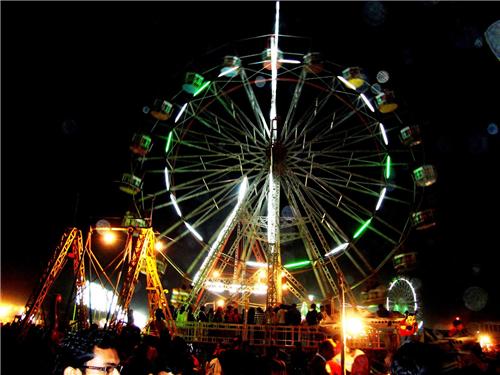 Majority of residents in Lucknow are followers of Islam and for this reason, Muharram is celebrated on a grand scale in the city. A large procession is arranged to grieve over the martyrdom of Imam Hussein. Here the mourners beat their chest and whip themselves to mourn the death. Muharram is held mostly during the months of November-December.

Vridavan Sharadotsav is held every year in the month of October. The festival is mainly celebrated in Vrindavan, a city located near Lucknow but the fervour and gaiety of the celebration does not escape Lucknow and the fun-loving Lucknowi residents participate in the occasion with much enthusiasm. The festival is dedicated to Lord Krishna and His naughty childhood days. Lucknow is beautifully decorated on this auspicious occasion and the city looks vibrant than ever.

Holi is a festival celebrated enthusiastically all over north India, with Lucknow being no exception. Also known as colour festival, people of all age group enjoy this day by throwing “Gulal” or colours at each other. The entire city turns red, blue, green and residents drenched in colours. A wide variety of delicious sweets are also a speciality of Holi. The festival is usually celebrated in the month of March. 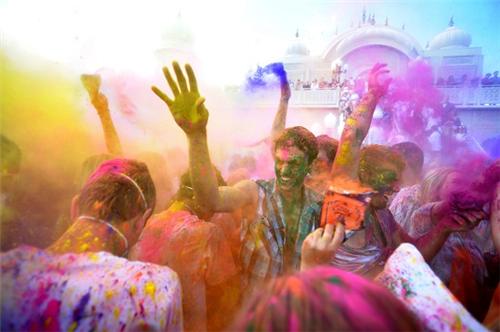 Dusshera is another important festival in north India. The day marks the victory of Lord Rama over Ravana, the evil king. Effigies of Ravana are burnt which signifies the death of evil and the beginning of goodness and truth.

Diwali is celebrated to rejoice the return of King Rama from exile to his kingdom Ayodhya. Also known as the “festival of lights,” on Diwali every household decorate their homes with small diyas or lamps. After a small prayer and rituals to the deity, the ritual of burning crackers begins. Entire Lucknow city is adorned with small lights and the city looks gorgeous than ever. Diwali occurs just a few days after Dusshera. 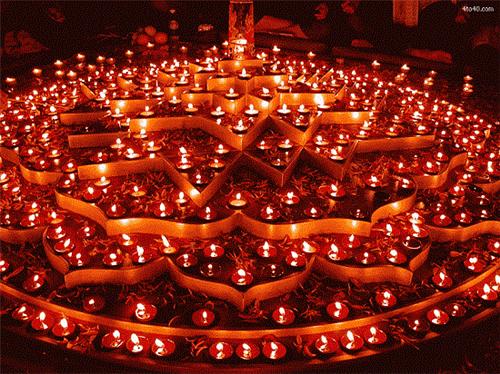 Karva Chauth is held nine days before diwali and is celebrated in Lucknow as well as in other parts of the country with great dedication. On this particular day, married Hindu women observe a fast for a better and happy married life.

Every year National Book Fair is held for all the book worms in the city. The fair is usually held for 10 days in the months of September-October. Book publishers from different parts of the country participate in the fair and book lovers also get an opportunity to meet some popular as well as budding authors of the country.

Job fair is organised in the city for all students and youth looking for a right direction in their career. Different companies and counsellors participate in the fair to provide information of job opportunities and right career path.