Dhaba can be broadly defined as the roadside restaurant. Generally, located on the highways, they serve as the truck stops and serve local cuisines. Most commonly, they are found next to the petrol station. Most of the time, dhaba represents any restaurant, which serves Punjabi food. This type of the Punjabi food is fried and spiced than the normal one. Most of people love to eat in dhabas, as the food is simple and very tasty. Also, the cost is very low when compared to the other food items when you are dining out. The surroundings are very simple and clean.

When you are travelling on highway, one thing for which you would look forward to be the presence of the Punjabi Dhaba in Lucknow. The food has homemade feel to it. It is very tasty to eat and price is inexpensive. 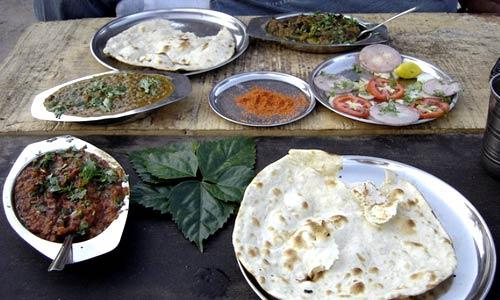 Located on the Faizabad Road, breakpoint dhaba is one of the most popular dhabas in Lucknow. The highlight of this place is its ambience. Also the food is awesome and very tasty. Ideal for the college kids, who can enjoy good food at low prices.

Located on the Sitapur National Highway, Fauji Dhaba is one of the famous dhaba of the Lucknow. Here, people come especially to taste and savor the awesome food served by the dhaba. It is one of the most popular dhaba in Lucknow.