Chikan is a delicate thread work designed in beautiful floral pattern on sheer and muslin fabric. The creativity and finesse with which chikan embroidery or chikankari is weaved have attracted the attention of weavers and lovers of aesthetics from all over the world for generations. 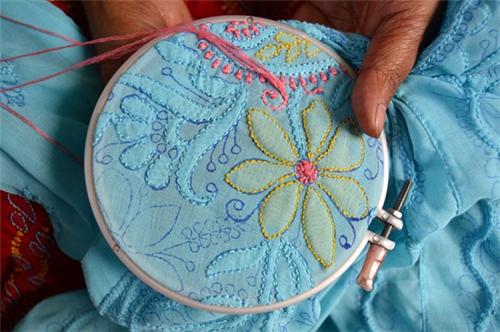 The speciality of chikan is its antiquity. The origin of this craft still remains a mystery. However, according to common beliefs, this Persian craft was introduced in Hindustan by Mughal Emperor Jehangir’s consort Mehrunissa or Noor Jahan as she was fondly addressed by the Emperor. Apparently, Noor Jahan was a talented embroiderer and she mesmerized Jehangir with her beautiful Chikankari works. The king was so impressed with the design that he readily gave Chikankari embroidery a status of royal patronage. Several workshops were established to hone and perfect the art during that era. 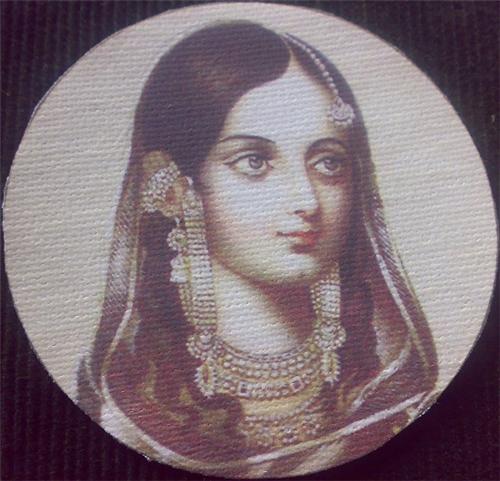 The embroidery was mostly done over fine, delicate mulmuls or muslin fabric that was best suited for the warm and humid north Indian climate, where the Mughal emperors had their home. Various historical writings have pictures of Emperor Jehangir in white muslin attire with floral decorations. The design is believed to be Chikan.

After the downfall of the Mughal Empire, Chikankari embroiders moved to different parts of the country, thus, spreading the exquisiteness of the design far and wide. While some artisans moved to West Bengal, some fled to Awadh. Then Governor of Awadh Burhan ul Mulk, a Persian nobleman, found deep interest in Chikan embroidery. And thus, under the patronage of Burhan ul Mulk, chikan flourished again.

According to some historians, presence of Chinkankari work can be found as early as 3rd century AD, that is, during the reigns of Chandragupta Maurya and King Harsha. Thus, the origin of the design continues to remain a puzzle, but the fact that the nawabs of 18th and 19th century simply adored this graceful work of art cannot be denied.


No Lucknow chikan work is complete sans floral designs made from raw skeins of threads. This design can be stitched in 40 different ways, five of which are principal stitches:

Tepchi: It is a long running stitch usually weaved on the right-and side of the fabric. It forms the outline of the motif

Murri: It is a minute rice-shaped design

Jali: A true speciality of Lucknow chikan work, here the thread is never drawn through the fabric making it impossible to distinguish the front and backside of the fabric. Minute buttonhole stitches are done on the cloth while making a jail. 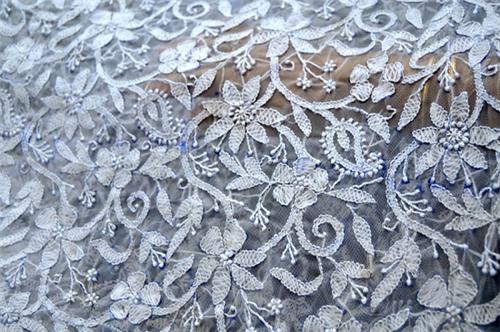 Zanzeera: It is a chain stitch made to design the outline of leaf and petals

Hool: The stitch form is used to design the heart of the flower. It is a detached eyelet stitch

Phanda: Used for making flowers and grape like patterns. The stitches are mostly millet-shaped

Rahet: This is for the stem of the plant. On most occasions a single stitch is used to represent the stem but a double stem in form of dohra bakhiya is also weaved depending on the design.

Khatua: It is a finer form of bakhia. The design is first weaved on a calico and the placed for the final fabric. Floral patterns and paisley are designed over the fabric.

Chikan embroidery industry has gone through several ups and downs. Commercialization gave way to modern outfits in 1980s and chikan lost way to mediocrity. While it saw its golden years during the Mughals and Nawab period, the industry had its downfall soon after the end of monarchic rule.
Though the embroidery work is now spread all across the country, Lucknow still enjoys the dominance.

Modern weavers have tried to bring about a twist in the embroidery. Out went the muslin fabric and in came georgette, silk, chiffon, doriya, organza, organdie and cotton. While the royal court preferred pastel coloured fabric for the background, modern designers are also bringing in brighter shades of fabric. The experiments on designs are also common now with more crystal and zardozi elements added to chikan work.

Indian film fraternity has a huge hand in restoring and upholding the elegance of Chikankari in contemporary times. Films like Kabhi Khushi Kabhi Gham, Zubeidaa, Pakezaah, Mughal-e-Azam, Hum Saath Saath Hain among others have shown some beautiful attires on Chinkankari embroidery. Apart from outfit chikan work is now common on tableware’s, napkins and wall decor items. Several organizations and groups have come up to preserve this timeless piece of art and recreate the authentic charm. To a large extent these units have been successful in giving back Chikankari the respect and honour that was due to her.

Explore more about Shopping in Lucknow