Badminton in Lucknow is gaining in popularity. The rise of several young players from Uttar Pradesh including Manu Attri has given a fillip to the game in the city. Facilities to play the sport has also improved with the establishment of the BBD Badminton Academy. The K D Singh Babu Stadium and RDSO Stadium have facilities for badminton too. 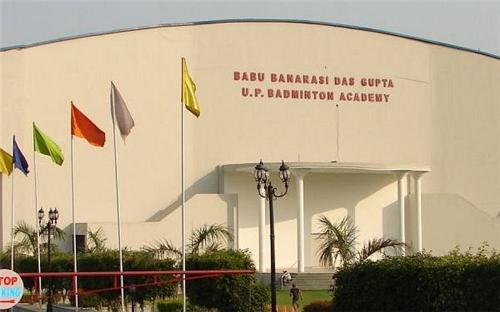 In fact, the Badminton Association of India (BAI) is based in Luknow. It is the game’s governing body in India. It has 33 state associations under it and conducts various badminton tournaments and coaching camps all over the country. BAI is headquartered at the BBD Badminton Academy.

The Syed Modi Memorial India Grand Prix Badminton Championship is held every December in Lucknow. It is named after Syed Modi, the national champion in 1988. Modi’s brilliant career was cut short when he was murdered in 1988. This happened just outside the K.D. Singh Babu Stadium which he as leaving after a practice session. The maiden tournament in his honour was held in 2012 and the winner was Parupalli Kashyap, one of India’s top badminton players.

Some clubs in Lucknow also offer facilities for badminton. These include Mohammed Bagh Club on Mahatma Gandhi Marg and the Country Club in Gomti Nagar. Premier institutes such as the Indian Institute of Management and Guru Gobind Singh Sports College also have indoor badminton courts.

The BBD Uttar Pradesh Badminton Academy at Vipin Khand in Gomti Nagar is a state-of-the-art facility to groom young badminton players to represent the state and country. The academy has organized several national and international tournaments. It is affiliated to the U.P. Badminton Association, Badminton Association of India, Badminton Asia and Badminton World Federation.
Built on 10 acres of land it is equipped with six international standard indoor courts. It can seat 5,000 spectators. It also has a warming room, swimming pool and gymnasium for players. Additional facilities include a media room, air conditioned conference hall and catering facilities. Flood lit tennis courts and an athletic track are also part of the complex. The academy is run by a full-fledged committee. In future, the academy will have a hostel and guest house attached to it as well facilities for other sports.

The Awadhe Warriors are part of the Indian Badminton League. The team is captained by P. V. Sindhu, owned by the Sahara Pariwar and is based at the BBD Badminton Academy. Awadhe Warriors consists of players from India, Malaysia, Thailand, Indonesia and Denmark. The Indian players in the team include P V. Sindhu, Gurusai Dutt, Rithvika Shivani, K. Maneesha and Nanda Gopal. The IBL is a USD 1 million events, featuring six franchises in six cities and a total of 90 matches. The Sahara Pariwar’s stake in the event will benefit badminton in Lucknow immensely and contribute to the growth of the sport in future.