Home city guide a day in the city of nawabs lucknow

A Day in the City of Nawabs, Lucknow

Marriage brought about its own ties... I no longer belonged to a city, more of a nomad in the wandering. Bareilly is where I set foot to embark on this perennial sojourn... alien world, alien language, the only crux that kept me rooted is the fact that it was India. I have always been fascinated with the details and anecdotes shared by my friends about Lucknow. With time in hand and just a few hours of journey I was all set to explore the ‘City of Nawabs’... to feed the curious cat.

As I got down and walked my way out of the crowd, leaving behind the Charbagh Railway station, an aesthetically designed building, there it was the glorious city of Lucknow... standing tall and majestic. Thanks to my friend’s heedfulness, I had a cab waiting. A quick stop at her place, a sumptuous breakfast, and voila! “Rohit” my guide who was already briefed about all my constraints, beginning with the language to the tendency of going in circles. I had already made a mental map of what I cannot afford to miss. 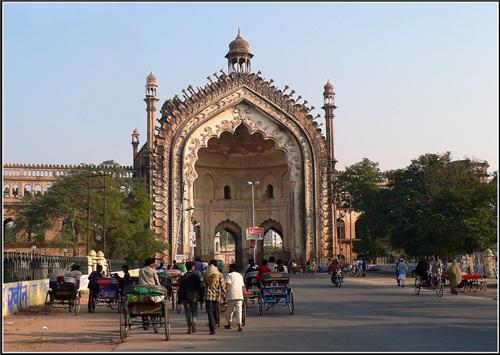 The visually imposing Rumi Darwaza had already set the tone of grandeur and the architectural heritage one needs to expect. Along side I could see a 221-ft clock tower, which I was told was built to mark the arrival of the Lieutenant Governor of the United Province, Sir George Couper.

The first stop was the gravity defying palace in Lucknow the Bada Imambara... an architectural wonder. What is amusing about this arched central hallway, which is 50 meters long, and 15 meters wide is that, it does not have any pillar or beam to support the structure. This magnificent structure is held together all because of the superior and brilliant interlocking arrangement of bricks, one has to see it to believe it. 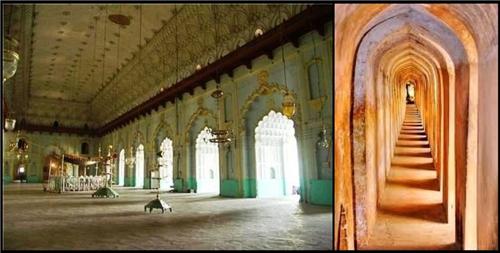 When I entered the Bhool Bhulaiya, also a part of the palace I considered myself lucky to have ‘Rohit’ by my side. It is a network of passages, turns and twists, staircases leading you to dead ends, abrupt drops, exits, an utter maze. The whole idea of this place was to trick enemies in to losing their way, or getting trapped. I am sure, it would have served the purpose. I could not help but wonder the kind of brilliant minds that existed then. 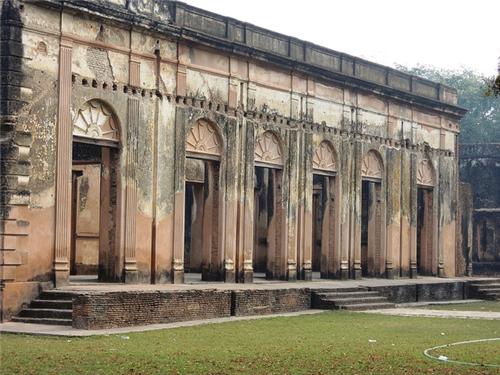 History is not complete without martyrs who stood with valour, shed their blood. The British Residency, consisted of ruins of buildings which might have once stood majestic, it has within its walls the graves of British soldiers. The walls bear the brunt of cannon balls and bullet fires, I was amused to see a cannon ball still lodged in the wall. The model room, which is a part of the main Residency building, houses the museum, which gives us a fair idea as to the past glory, along with the pictures, models, photographs, and old lithographs. A gallery is also present which exhibits the excavated objects.

Since I had heard a lot about the exquisite and fine architecture of La Martiniere, which is not just a college but also a piece of history. It houses the tomb of General Claude Martin who designed this place. The interesting array of statues and the impressive chapel is worth a visit. The only sore point while visiting this place is that it is not well connected. 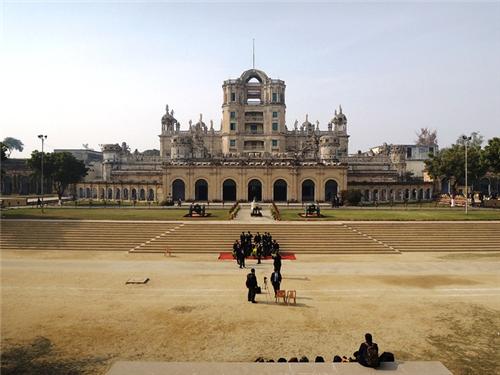 The Chattar Manzil also built and designed by General Claude Martin, no doubt owes its name to the enormous umbrella-shaped roof which shone brilliantly as sun rays bounced off it. It is a perfect amalgamation of French and Italian-style architecture. This structure stands on the banks of the river Gomti. At present the Bara Chattar Manzil anchors the Central Drug Research Institute. I was also told that two Chattar Manzils existed, a big one and a small one out of which only the big stands today.

When in Lucknow one ought to try the kebabs, after all it isn’t christened the capital city of kebabs for no reason. The Tunday Kababi, at Naaz Cinema Road in Aminabad, is famous for its mouth-watering ‘Kebabs’, a part of the authentic Awadhi cuisine known across the globe. Also try your hands on the flavoured Mughlai Biryani, which will leave you mesmerised.

I made a quick stop over for the famous “Chikankari” shopping at the ‘SEWA’ (Self Employed Women’s Association) outlet, Cantt Road, Shivaji Marg, Lalbagh which is a part of small-scale industries setup, and trust me I was happy and content with the variety it had to offer, given my ignorance and time. 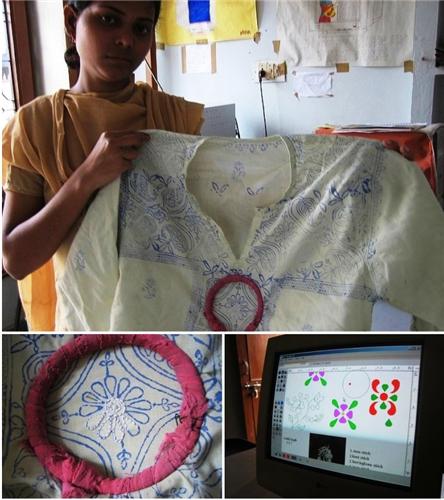 I had a train to board, and with my day ending, my only qualm was not being able to witness the Lucknow Mahotsav which according to Rohit is a 10-day extravaganza one has to be a part of. It is supposed to showcase the very essence of Lucknow. Magical performances by professional artistes, art and craft stalls, food stalls, furniture from Saharanpur all being a part of the Mahotsav conducted by the UP Government. I wish to be back to the city of ‘Nawabs and Kebabs’ to experience the riot of colours.

Lucknow a city coated with poise, grace, respect and poetry in its language, an aura drenched in “past glory”, holds you in that thin space of column between past and present. I bid good-bye to Lucknow and Rohit, without whom I could have still been trapped in the labyrinth of Bhool Bhulaiya... who said it was meant just for the enemies??

-- As shared by writer Gayathri Iyer